The Space In Between by Brittainy C. Cherry 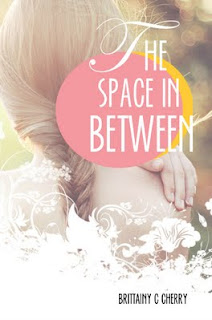 She’s scarred by her past.
ANDREA EVANS is traumatized and guilt-ridden by the death of her fiancée. Tired of the gossiping small town, she travels to New York City to pursue her dream of dance. When her dreams don’t instantly come to fruition, she ends up working at a strip club with her best friend.
He’s uncertain of his future.
COOPER DAVIDSON is a famous photographer and reality television star trying to flee from his own life filled with paparazzi, mental health clinics, and a cheating wife who is pregnant.
When Andrea and Cooper’s paths cross, they realize how damaged and in need of escapism they both are. The two create an arrangement to explore the space in between chaos and order with one another. The rules are simple—no emotional connections, no talking about the past, no speaking of the future, and when one finds order, the other walks away.
All is well until Cooper falls in love with Andrea. Will Andrea open up and let someone else into her closed off heart? Can Cooper stop the tabloids and his crazed wife from exposing his past and painting Andrea as a prostitute to the world before her life spirals back down to the land of chaos?

This book started out so sad I don't think I'd ever cried so much. It was a fantastic book I enjoyed it so much. Especially cause it was told from different characters point of view.I like those type of books. Andreas' story was more heartbreaking even more because of the things she found out about her dead fiance.
Coopers' story was just ridiculous and crazy but in a good way. It was just awful how his life came spirling down. I can't even imagine how painful it would be if I was Cooper and my wife was pregnant with someone else's baby. I don't think anything could ever be the same after that.
And Andrea wow she was something else, I think i would have reacted exactly the same way from the meltdowns to laughing about something so heartbreaking. The ending was amazing I was left wanting more!

Brittainy Cherry has been in love with words since the day she took her first breath. She lives in Milwaukee, Wisconsin with

her loved ones and loves a great romance. The Space In Between is her debut novel and she looks forward to the world being able to read it!  Other hobbies that she loves to take part in are writing screenplays, acting, and dancing—poorly of course.