The Space Between By Brenna Yovanoff 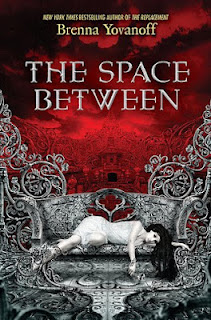 Daphne half demon half fallen Angel, is in a world called Pandemonium. When her brother Obie tells her that he is leaving to live in the human world where he fell in love with a human. Daphne has no choice but to let him go. Even though she knows that it's dangerous to leave from pandemonium. And when her mother tells Daphne that Obie is in danger she sets out to help find him all on her own with the help of Truman.

The book is about Daphne and Truman who partner up to go and save her brother from the hands of Azreal who is torturing Obie, but there is a huge twist on that.. The book was very well written. It was a good story its different from some of the other books I've read. But in a goodway. I didn't love this book but i thought it was alright. I loved Obie's character he was so sweet and kind, and different from the other characters. I loved the relationship he and Daphne had they actually had the best brother and sister bond that you don't normally get in other books. And Daphne actually cares about people and not wanting to hurt them like her sisters so she really wants to be different she doesn't want to be like anyone else. I would rate this book 3 out of 5 stars I don't know It just wasn't my cup of tea. I would have wanted to know more about the ending and about other stuff as well but i did enjoy some of the characters and i did like what the book was about. But if your into paranormal than this is something i would recommend you guys will probably like it.
Posted by ana at 6:03 PM