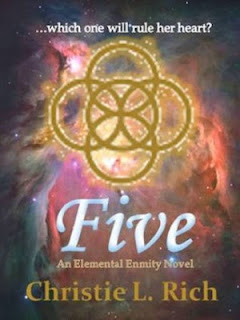 Truthfully this book was kind of hard to get into maybe it was cause I was reading 3 books at the same time. But I ended up loving it.


Rayla escapes with her best friend Cassie to go to the college of her choice in Indiana. Going against her aunts wishes she leaves anyways. But leaving was the worst thing she could have done. Not only is she being followed by a guy on a motorcycle that turns into a Pegasus but she is also being watched by 4 other guys who want her to to pick who she wants to bond with so she can give them the power she doesn't even know she has.

When I finished this book I just wanted it to keep on going! I fell completely in love with the story It had a bit of everything fae lords, a flying horse, trolls, witches, queens! You get many creatures in just one book. And while your reading its like your in the same world as they are.
Although I didn't like a few teeny little things here and there, All the good stuff made up for those things. I really liked Luke's character so much and I would like Rayla to pick him, but its kind of hard to know who she will pick. I liked reading about Cassie I thought she had such an important role to play in this book and I'm glad she came back in the end.
I definitely enjoyed this whole fantasy world that Christie created and I thank her for giving me the opportunity to read it. It was a really great book and I recommend it to anyone who enjoys reading fantasy books!
Posted by ana at 5:58 AM