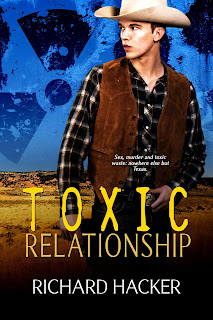 Nick's pulse quickened at the distinctive two part sound of a 12 gauge shell being chambered. He threw his car in reverse, the big V-8 roaring, tires eating into the dirt track, cloud of dust enveloping him as he put the truck between himself and the shotgun. A blast shattering the passenger side glass, sprayed across his seat, but Nick had already opened his door, rolling out onto the ground. He made his way to back tire, listening for Junior Pendleton's position. Junior made it easy.
"Get the hell off my property, goddammit. You got no right to be here."
Crouching, Nick used the rear of his truck for cover. Junior had walked up to Nick's pick up, sticking his head through the shot out window. Nick rushed him from behind, slamming him hard into the truck, the shotgun firing into the grounf by Junior's feet.
Junior screamed, "Sonofabitch. My damn foot. Son-of-a-bitch."
Nick kept Junior jammed into the window, ripping the gun away from the farmers hand. As junior continued to struggle, cursing, Nick noticed several pellet holes clearly visible in the man's worn cowboy boots.
"I don't think that's how you want to start this conversation, Junior."

There are those books that you think "Hmm it was pretty good," "Then there are those which you think "Wow can this book get any better?" This was that kind of book, with every turn of the page you were more and more engulfed into the story it was extremely powerful, that it had this pull to it where you just couldn't put down the book unless you read about 60 pages or more. It literally kept me awake all night long I wouldn't go to bed unless I was satisfied with the number of pages read in that day. The main character is an ex-cop and to be honest he was a pretty badass kind of ex-cop.
The scenarios are all perfectly well written and the storyline itself was amazing, the writing was really good, there was never a dull moment throught the book. It kept your attention and made you turn the pages without thinking. I still don't know how I feel about MaryLou and everything that happened, I'm still on the fence about it. Nick is a great character he really did it for me in the beginning cause he was a bit sarcastic. The bad guys in this were crazy obviously no one is going to love them since they are bad but I couldn't help but love to hate them.
The twist and turns in this book were not expected at least not by me, especially the end what happened there? I do not know but as soon as the second book comes out I am going to buy it, cause Mr. Hacker sure knows how to leave you in suspense and intrigued. I think I read the last chapter 7 times before finally putting the book down I guess I didn't want it to be over. There was something about the book that makes you want to read it over and over again it was that good!

The book was fantastic I enjoyed it so much, I cannot wait for the next one it feels like its taking so long but patience is virtue. So I will wait, but I know its going to be amazing! Can it top this one? It just might we'll just have to wait and see.

DISCLOSURE –
*Disclosure of Material Connection: I am a member of Reading Addiction Blog Tours and a copy of this book was provided to me by the author. Although payment may have been received by Reading Addiction Blog Tours, no payment was received by me in exchange for this review. There was no obligation to write a positive review. All opinions expressed are entirely my own and may not necessarily agree with those of the author, publisher, publicist, or readers of this review. This disclosure is in accordance with the Federal Trade Commision’s 16 CFR, Part 255, Guides Concerning Use of Endorcements and Testimonials in Advertising* 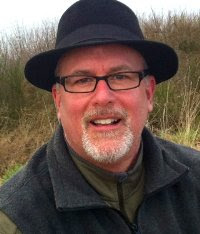 After living many years in Texas where he worked as a leadership coach, public speaker and management trainer, he moved with his school sweetheart to Seattle. While he misses the big skies of Texas, Richard has grown pretty fond of the Pacific Northwest. Along with his wife, Sidney, they hike, kayak and have adventures on his vespa scooter. His writing partner is a springer spaniel named Jazz, who helps with proofreading and ball fetching.

DIRT WATER, the next novel in the NIck Sibelius series after TOXIC RELATIONSHIP, will be released June 2013. He is currently working on the third book in the series, as well as a young adult fantasy entitled INKER WARS: THE FIVE PENS OF JOHANN.