Any Other Night by Anne Pfeffer Virtual Book Tour 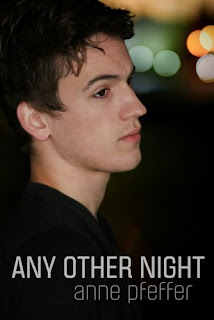 While Ryan is at a party trying to win over his crush Emily, his friend Michael is getting so drunk he can barely even stand up right. So when Ryan sees the condition Michael is in he decides to safely take him home. But first Ryan has to say goodbye to Emily once he is done he realizes Michael has driven home. Ryan can't get a hold of Michael and later receives the worst news a friend could ever get, Michael died after getting into a car accident. Maybe leaving Michael alone wasn't the best decision and now it's eating Ryan up. If he wouldn't have left him there he would still be alive. Now Ryan finds out his best friend had a secret and its up to him to make things right.

What a tragically fascinating love story, Ryan was a great character I really felt for him. It broke my heart that he had to go through that at such a young age to. He took on someone elses responsibilities an made them his own. Just so he could get great karma. I do not think it his fault Michael died, I felt like he was punishing and being to hard on himself when he didn't have a fault in the situation. He was smart, caring and just a great guy. He and Emily were perfect for one another, she made him happy. Even when you lose someone it doesn't mean you have to stop living life to the fullest and that's one of the lessons that Ryan had to learn. Emily is amazing I loved her character she was sweet, loveable, and sometimes more mature than other girls her age.

I really liked that Ryan decided to help out Chrissie she seemed really sweet and I would have done the same thing if it was me. I deeply felt sorry for Michael and Ryan they both have horrible relationships with their parents. I don't understand how they could think that money would make up for anything or cars for that matter. I felt like none of them cared about their kids. What kind of parent's are they, I get that they have jobs but family always comes first. Ryan was in pain because he lost his best friend and the parents didn't even take the time to talk to him or lend and ear. It's ridiculous. But in the end I forgave them for everything. Theres nothing better than some good family drama.

My heart broke most of the time because of Emily and how thing just kept falling apart between her and Ryan. I felt like I was the one in the relationship and not her. It was sad how everything ended faster than it began. But if there will be another part to this book I will totally pick it up. I loved the writing and everything else about the book. It was an intense story. but I loved it. 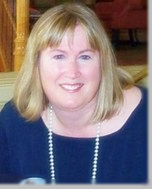 Anne Pfeffer lives in Los Angeles, CA near a large rotating neon chicken head with her daughter and her dachshund, Taco.