RELEASE PROMO of Beautiful One by Kerry Adrienne!!! 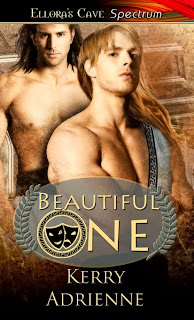 "Kallistos, a shy playwright, has been chosen to compete at the Great Dionysia festival in Athens. His plays are strong, but he faces Sophocles, the man who has won almost every contest. Kallistos, the beautiful one, has eschewed intimacy—yet the dark Alexios pierces his armor with philosophies he’s never considered, and he falls hard.
Alexios, a shepherd, aspires to be an actor in Athens. His trip plunges him into a plot of deceit and lies when Sophocles hires him to sabotage his competition. Sophocles promises money and a part on stage—but challenges Alexios’ beliefs and honor.
Though uncomfortable with the lies, Alexios woos Kallistos, finding himself deeply drawn to the man. As the performances near, Alexios must decide which he wants more—his lover, or his lifelong dream of fame and a career. While Kallistos faces issues of trust and forgiveness, and must ponder where life is truly lived—on stage or in reality." 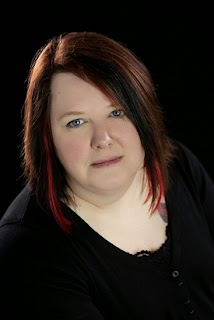 Kerry loves history and spends large amounts of time wondering about people who lived and walked on Earth in the past. She’s a mom to three daughters, six cats, and various small animals. Her husband says she’s a marketer’s dream, as she often believes everything she hears—at least initially. Her shoe horde will attest to her fine shopping skills.
In addition to writing, she’s a college instructor, costumer, MFA candidate at Seton Hill University, Senior Editor for Decadent Publishing, and freelance editor.
Her new love is her Mini Cooper Convertible, Sheldon, and they have already gone on many adventures.