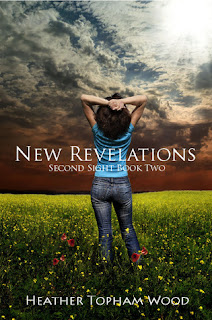 As always I am falling more and more in love with Jared there's just something about him that makes me go crazy over him. He not only is charming, but he is also very funny and shows alot of charisma. When I read the first book I thought why would he do that to his girlfriend but then again I couldn't handle it I wanted a piece of him as well. There's something about him that you just can't resist, and that can get you in all sorts of trouble. Not only is their relationship tested but what other way to test it than with a new character. In this case Declan who brings so much more drama to the table I absolutely loved this book I didn't think anything could top the first one but man oh man was I terribly wrong.

One thing I wasn't totally fond of was the fact that Kate was still acting like a 12 year old. I don't know why but I am tired of her being so childish in some parts. But then again characters have different things that makes them them. Without that it wouldn't be the same old Kate. I am always going to be rooting for Jared no matter who/what tries to get in their way. Because he sought her out and asked for her help he didn't think she was crazy he believed in her, so that just says it all right there.

As always I love Heather's writing style and the way she pieces the story together and makes you want to jump in her books. Not only that but also the way she portrays every character, and how she instantly makes you fall in love with the characters except for the ones who aren't good people. I can say that I totally see myself reading each and every one of her books because I really enjoy them and I know I will enjoy her future work. The book was amazing as always the love between Jared and Kate I just love them together. I feel like they are perfect for each other and the book itself was excellent! 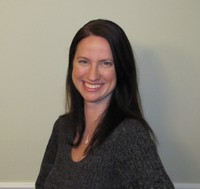 Heather Toham Wood graduated from the College of New Jersey in 2005 and holds a bachelor's degree in English. Working full-time as a freelance writer for publications such as USA Today, Liestrong.com, Outlook by the Bayand Step in Style magazine, she writes ficiton in her spare time She resides in Trenton, New Jersey with her husband and two sons.
New Revelations is the second novel in the Second Sight Series. First Visions: Second Sight Book One was published on May 1, 2012.
Follow Heather on Twitter and her blog to keep posted on her upcoming works.