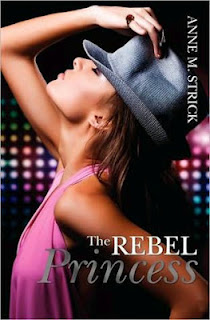 She may have made the first move then. He may have. They came together with a heat she had never known. Beneath the white satin robe whose belt he untied, she stood naked; glorious. The coral tips of her full breasts were hard. He caught his breath. For a moment his eyes luxuriated in her ripeness; her mouth, her breasts, her navel, the mound that was already so wet and swollen. She wanted him inside. But still – his teeth on her nipples, his fingers probing her wetness, rolling her clitoris – he made her wait. Made her wait until, writhing, almost out of her mind, all shame gone, all fear gone, she could only beg, “Please. No, please.”
He straddled and entered her and she gasped. Something irrevocable had happened. In her most private secret places, in her center, she was open to this man as never to anyone before. She moaned, and in mutual frenzy they moved to driving, thrusting, flooding climax.
The second time was slower. Now they had all the time in the world. He ran his tongue from beneath her ear to the hollow in her throat, played with it between her breasts and beneath them. With his tongue he circled her nipples and teased down to her navel, probing in till she shuddered, tonguing down further over her flat stomach to the rich chestnut hair. With his tongue he circled and teased and probed the still-swollen lips below, sucked them, thrust his tongue into the opening still running with their juices – and brought that tongue into her mouth so that she, too, could taste the two of them mingled.

The storyline of the book was what did it for me it was an extremely creative book. And most of all it was unique. We try to find something great and amazing in every book, and I found what I needed in this one. From the beginning you tend to get hooked and then you can't really put it down. Even though it starts slow in the beginning you will soon realize that you're about more than half way through the book and you didn't even notice. Davena was a great character and I say that because I don't always read books about Divas let alone someone who has a huge career and an attitude to go with it.

While being on set and having an affair Davena finds out that a murder occurred while she was having sex with Bram. Who not only is married but whose ex wife was the one killed. Not only that but she also has to deal with the cops being on her ass and an ex husband that she thought was left in the past has also caught up to her. It was a lovely book, fun to read, full of mystery, romance, and all the problems you can probably think of. Which made you want to continue reading. I thought Davena was doing a good thing by trying to prove that she could do anything, and she wanted everyone to take her serious.

I'm sure I would have done the same thing except without being a diva, usually when a character acts like that it usually means that they might whine alot but I didn't see that in Davena. The author thought out the characteristics in each character very wisely and I really liked that. Sometimes I find that a book lacks something it needs that oomph but with everything going on in this one I seriously was complete I enjoyed Strick's writing I will definitely be reading more of her books. To be honest I thought Jason sounded hot, even the hot and heavy scenes were great. I love the ending I wouldn't have guessed it. I am glad I read this book.

WHAT SHALL I WRITE ABOUT?
Sometimes writers worry about what their next subject might be. And sometimes that subject is right under their noses. Once in a while, it hasn’t even been written about before.

That is what happened to me. That is where two of my recent books come from: THE REBEL PRINCESS and ALL THE DOORS TO HOLLYWOOD AND HOW TO OPEN THEM. The first is a steamy insider’s skinny about a film company on location in Mexico - and how movies are really made. The second is a series of interviews with those behind-the-screen wizards who make movie magic actually happen. They tell us what they do, how they do it, how they got their first jobs, some adventures they’ve had, and what they love about their work.

The two books derive from my twenty-plus years in the movie industry, working for Universal, Paramount, Warners and EMI, as a Unit Publicist, Project Coordinator and National Publicity Director, and with such Hollywood legends as Jack Nicholson, James Earl Jones, Sean Penn, Arnold Schwarzenegger, David Lynch, Sting and Dino De Laurentiis, among many others.

The accompanying photos – of me with Arnold Schwarzenegger and Wilt Chamberlain - were in fact taken on the set of the movie CONAN THE DESTROYER, at Churubusco Studios in Mexico. The photographer and I, Time Magazine’s renowned Dirck Alstead,

Halstead, had become buddies on the movie GREYSTOKRE, in Africa – where I’d helped lug his equipment through the mud of Cameroon’s rain forest. And it often amused him, at the end of a day’s shoot, to set up gag shots with me and the principals. (The shot of me with Sting and his fellow villains - in which I look as silly as I felt -was made on the set of DUNE .)

It finally occurred to me that I’d experienced the film business from the inside. I had seen, on a daily basis, the nuts-and-bolts of movie-making; and the riveting and often hilarious dramas of the participants. And that very few people, if any, had written about this curtained world before.

I began to write. I got two books out of it – and perhaps more to come.

So look around you. Look with a fresh eye. Look at your workplace, your volunteer activities, your political or church groups, if any. Look at your parent’s lives, your children’s, your neighbor’s. Look at your doctor’s waiting room and your children’s school. There are ideas, and people interacting in unique environments, everywhere. Indeed, every human relationship is a unique environment. And read your newspaper every day. Be aware of the stories that catch your attention; that stay in your mind and touch your heart. Let them germinate.
And then write I did 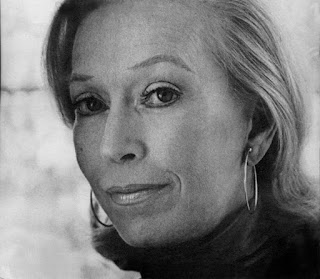 Anne M. Strick has spent over twenty years in the movie industry. She has worked with Universal, Warners, Paramount and EMI, as Unit Publicist Project Coordinator and National Publicity Director and with such hollywood legends as Jack Nicholson, James Earl Jones, Sean Penn, Arnold Shwarzenegger, David Lynch, Sting and Dino De Laurentiis, among many others. She has published theatre reviews, articles in Parents Magazine, Frontier and The Nation, and six books: two novels, two self-help books, one memoir (a best-seller in Italy); and a non-fiction, scholarly critique of out adversary trial system ("remarkable") Born in Philadelphia, and educated at Bennington College and UCLA, she lives in Los Angeles.