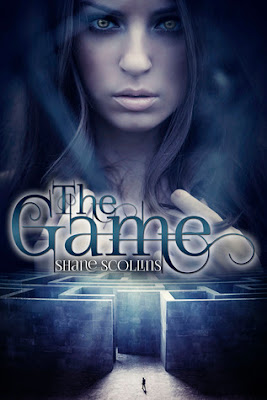 My thoughts and Review

Wow this book is creepy and that is coming from someone who very rarely gets paranoid while reading something but this was an exception, I was freaking out. Especially when Candy tried getting help from the police but they couldn't find anything. It was as if she was going crazy. I don't know how I'd act if my world was crashing down right before my eyes. Its as if Candice blinked and every thing went from bad to worse in just a matter of days.
I think I would have reacted the same way as her, even if that meant my life would be in danger I'd still try to save my best friend. What's even more insanely creepy is that they were watching her and she didn't even know who "they" was. I guess the question that went through my mind the most was "How sick could someone be that they would push a person to their breaking point so easily without having any feelings." it's like they don't have a soul.

My thoughts on Candy were that she is one scary ass kicking, fierce, don't mess with me type of girl. In the beginning she put out this vibe that made her seem lost but once you for more into the book you realized that behind all that was this crazy chick that could cut someone's head off and not even flinch. She was stronger than I had actually thought.

The outcome of the game was pretty unexpected in a way, although I was happy with the ending it made me angry that it wasn't over but at least they are going to be helping others. The book was amazing, it was definitely a Stephen King meets Wes Craven type of story. With many twists and turns, and also action packed including some mystery.
I give it 5/5 stars

WHY BOOK COVERS ARE TO IMPORTANT

Book covers are a vitally important part of your book. They are the first thing readers will see. They are the first impression of your work. And as much as we want to believe in that old saying that you can’t judge a book by its cover, we simply know from a marketing standpoint, that’s not even close to true.

The craziest part is that in this new publishing landscape book covers are even more important. The cover has never been more critical than it is right now. There are more books available and a greater need to distinguish yours from the pack.

Self-publishing and eReaders have put more choices in front of readers than there has ever been before. And at the same time readers are devouring books at a rate they never have. Setting your book apart from the pack is not easy, and at this stage, at the very least, you need to have a cover that will get that second look. It needs to be clean and professional.

Unless your name is King, Koontz, Patterson, Stewart or Roberts, your story is going to need a great cover. Those few big names can just put their name on the cover, some swirly sky colors next to a tree, and end up selling the lights out. Unfortunately, that won’t work for most of us.

The rest of us need a great cover that evokes the emotion of the shopper. Because lets face it, no matter how great the writing is, if the cover is horrible, no one is going to know it.

I have seen firsthand the difference a great cover can make. My publisher, Limitless Publishing, is putting out some of the best book covers on the market, period. And the cover is the window into your book. If people don’t want to look thorough the window, it won’t matter how cool the view inside is. 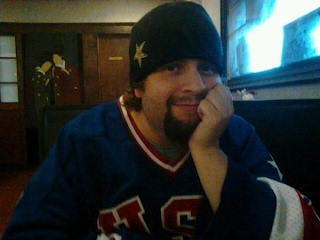 Shane Scollins is a freelancer writer and author from New Jersey he now resides in upstate New York with his wife, Heather. He has worked as an automotive service manager, a website developer and computer network engineer.
Primarily a Science fiction and paranormal novelist Shane enjoys taking readers on surprising and unexpected journeys that twist reality. He is currently working on his next book.