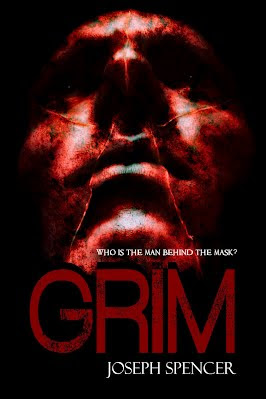 Adam heard a few sounds of Velcro peeling from its straps. Suddenly, Black Mask shed the mystery and ambiguity of his head gear. He became another mystery altogether. What happened to this guy? He looked like he’d seen hell, escaped, and doctored his face to give everyone else on Earth a preview.
Black Mask obviously suffered from rosacea because his skin was inflamed, swollen, and the angriest shade of red Adam had ever seen. A jagged circular scar similar to a clock face ran from Black Mask’s forehead down his cheeks to his chin. A vertical scar ran straight down the middle of his forehead and along the bridge of his nose. Two horizontal scars extended from the side of his nose and curved upward toward the temples. Two additional scars extended outward at angles from just under his nose, across his lips and ended on either side of his chin. All of the scars connected to the outer circular one like spokes to resemble a starfish shape. Adam struggled not to have any reaction, but failed to keep the corner of his mouth from inching up into a grimace.
Black Mask smirked and put his right hand up to his face. He pretended to be admiring himself in the mirror. “It’s okay, Detective. Your reaction is fairly common and a lot more subdued than most. Of course, I bet you’ve seen a lot of horrors in your line of work.
“So, you want to know the tale of Heath Grim, do you?”

Grim blew me away, the whole entire time I was reading it I thought I was watching a movie. Especially with all the thriller and suspense parts, It was an easy read but it does feel like its a long book only because Mr. Spencer added so much detail and depth into the characters and pretty much everything else that would get your imagination going. I enjoyed it way more than I thought I would, Once you get about 15 pages into the book you sort of get glued to it or basically go into the book yourself. Grim is one of those books that you can't put down and once you finish it you want to start it over again, the storyline was amazing. Anyone who loves to read Paranormal crime thrillers will be so intrigued by the synopsis.. Well more for what is in the pages, this was a first for me because I have never come across something like this. I would definitely chip in money just to get this to be made into a movie, and to see the characters come to life. It sure is movie worthy in my opinion. My favorite character would have to be Heath i have no Idea why but I liked him alot more maybe because he was a bit creepy. All in all it was a fantastic read which left me wanting more so that is always a great thing.  5 stars

Keys to a great book cover
Like it or not, readers make judgments all the time on appearances. The greatest cover in the world can’t save a terrible novel, but several great novels experienced sales lags from covers which lacked imagination.  Think of a book cover as one of your strongest sales pitches to the marketplace.
You wouldn’t go to a bar looking for a date in your pajamas, so why would you go through all of the work of writing a novel only to come off as a wallflower on the bookshelf? Your book cover should be your best attention grab while also making a promise to the reader as to what they can expect from the content on the inside.
With that in mind, here are a few keys to a great book cover.
1.      Your title
You need something easy for the reader to remember in case they aren’t able to purchase the book right away. Make sure it conveys your message and fits the cover art design. Try not to get too caught up in creating a clever title, when something simpler would be more effective. Being too creative often interferes with a clear, concise message.

2.     The subtitle
This should further clarify your title or help the reader identify if this is part of a series. This is also a good place to insert searchable keywords for search engine marketing.

3.     Cover design and layout
The font and style of your title should be easy to read, and the artwork should be compelling and grab the reader’s eye. Picture yourself in the bookstore buying a book. You want your book to be the one which stands out. You have to choose a strong image which is eye catching. Be careful that the image doesn’t overwhelm the title.

4.     Back cover
This should summarize your novel in a few concise paragraphs, and tease readers with the tantalizing conflict which lies in store for them on the inside. Avoid making this a table of contents section or an explanation of why you wrote the book. This should work like a great advertisement.

5.     Endorsements
Readers trust names they know. So, if you can get a big name author or critic to endorse your work, it will go a long way in helping boost your sales. If the endorsement is from a big enough celebrity, you may want to consider including it on your front cover.

6.     Author Bio
You want to introduce yourself and win readers over with your accomplishments. Try to keep this brief with about three sentences providing your background. 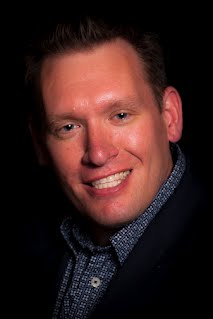 Joseph Spencer is the author of the Sons of Darkness series launched by his debut album Grim on September 1, 2012. Work on his second book of the series Wrage, is already underway and is expected to be released some time in 2013.

The Sons of Darkess is a series of paranormal crime thrillers following investigations into mysterious deaths in Prairieville. Home of the notorious serial killer, The Reaper, Prairieville has had a history of violence centered on an ongoing feud between the Marino and Black organized crime families. When bodies start showing up again at the abandoned Marino State Hospital, many fear The Reaper has returned. The people of Prairieville are about to find out their problems stem from a supernatural source which has lurked in secret for decades.

As a boy, Joseph Spencer immersed himself in the deuctive logic of Sherlock Holmes. The heroic crime fighting of Batman and Spider-Man, and a taste for tragic with dramas from poets like Shakespeare and Homer


Before Joseph took to spinning his own tales, he pursued a career in print sports journalism, graduating with honors from Clinton (IL) High School in 1996 and summa cum laude from Southern Illinois University-Carbondale in 2000. He covered such events as NASCAR’s Subway 500 race in Martinsville, the NBA Draft Camp in Chicago, the Junior College World Series, and Minor League Baseball’s Midwest League All-Star Game during a ten-year career throughout the Midwest. Now, he works as an emergency telecommunications specialist with an Illinois police department. The combination of years of writing experience with a background working with law enforcement professionals gave rise to his writing aspirations.


Joseph married Dr. Amy (Waggoner) Spencer, an accomplished veterinary doctor, on March 14, 2012. He received word his debut novel was accepted by his publisher, Damnation Books, the next day. Joseph and Amy look forward to their honeymoon in Paris in September 2012. Murphy, a 15-year-old orange tabby, is perhaps the most vocal member of the family. The Spencer family enjoys reading Charlaine Harris, George R.R. Martin, Mary Janice Davidson, and most paranormal stories. The Spencers also enjoy quoting movie lines from The Princess Bride, Rain Man, Bridesmaids, and Office Space.