A Marked Past By Leslie Deaton 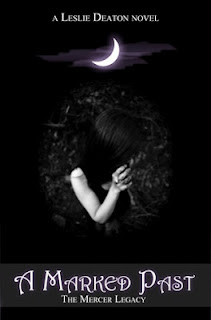 Lyla came home with great news, not knowing that she was in for the worst. Her dad was killed, run over by another driver, Lyla couldn't bear the thought that her and her mom were going to have to keep going on in life without him. But they had to somehow, now her mom was handling her dads business at the office but with a turn of events Lyla finds herself having to move from chicago to live in a house her dad left for them in Salem, Massachusetts. But losing her friends wasn't the only thing that happened now she finds out that her dads side of the family was hiding a family secret that will change her life either for the best or the worst. And her uncle tells her that all of his family members that are dead were actually murdered, including Lyla's dad. Now Nathan's coven is asking her to go into battle with them against the person who killed her father and their family members.

Lyla was an excellent character she was her moms rock she tried everything she could to make her mom smile and not think about the bad things, wanting to care for her and help her mom keep on going after her dad died. So that was really nice of her. Some of the time I found her a little bratty but then again I knew why, her dad did die and now her whole life was changing right in front of her eyes.I really felt bad for her mom she was the one having a harder time recovering after the loss of her husband. And that made me sad. But I loved her she was a great character also. I felt the same way for Nathan he was so lovable, sweet and he tried everything he could to take care of Lyla he acted like he was her father and wanted nothing to happen to her cause he was the only one left who could do that.


I liked the names the author chose for some of the characters especially cause I thought the name actually suited her. Hana reminded me a little bit about myself because she was really brave and confident. No matter how much she got taunted she tried not to let anything bother her. The names for the powers they each possessed were very interesting.

I really enjoyed Caleb's character I thought he fit really well in the book and his relationship with Lyla was perfect it grew more throughout the book and that was what I loved about it. I really liked the writing style of the author and I liked that she chose to write about witches and the salem trials while adding her own twist to it. I am glad that I got the opportunity to read this book because I definitely did enjoy it
Posted by ana at 3:03 PM