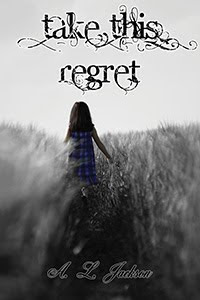 Christian couldn't think of anything that would make him a happier man, he was studying to be a lawyer and is in love with Elizabeth, the woman of his dreams. The only person that make's him happy. But what he didn't expect was that he was in for some news that would change his life for better or for worse. So when Elizabeth tells him she's pregnant with their baby, all he can do is think that the baby is going to ruin his Elizabeth's life. So he makes her decide she either keeps him or the baby. So she leaves and never looks back.
For 5 years Christian had been living in guilt, nothing felt the same after the decision he made, he regreted every single hurtful thing he said to her that day.  But what hurt more was leaving them to fend for themselves. Now there was nothing that could stop him from finding them and once he did would Elizabeth be able to forgive him or would she shut that door in his face.

I am going to go crazy while doing this review because I want kids so bad, and that will only  make me sound like I'm insane.
Nothing is worse than someone holding a grudge against you or scarring you with hurtful words. I seriously didn't know what to expect when I started reading this book I didn't read the sypnosis and I didn't do any research to find out what it was about. So when I finished it my mouth was literally on the floor. It was an insirational, tear jerker kind of book.  I enjoyed reading and learning about all the characters and seeing everything from a different perspective every time. Certain aspects reminded me of a Lifetime movie, it had that sort of feel to it.

Christian I will say that he literaly made me get angry and upset. But he turned it all around and changed his ways. I respected him for confronting his fears, I know not a lot of guys do that. He was charming, sweet, honest, and trustworthy. Better yet he was an amazing father. And that made me adore him even more, I wanted to drop on my knees and just to beg him to love me instead. What really amazed me was that he grew up and matured, he turned his life around and took responsibility for his actions what he should have done in the first place. But either way it wasn't to late for him to fix everything and to figure out what he rally wanted. And the instant connection he had with Lizzie blew me away when it got to that point in the store I was stunned and bewildered by how powerful that kind of cord was, I think that was by far the best chapter I've ever read.

Elizabeth what can I say, well.... I loved her and hated her all at the same time she was such a horrible person at times, especially she treated Christian like he was trash. I mean I totally understand, he hurt her not only that but he left her when she needed him the most, but she didn't even try to let him explain. He was trying to be the best, she just didn't want to see him that way, let alone give him a chance. I felt like she was sweet but half of the time I felt like she turned into what she hated the most.. Notthing changed though, except when she finally began to realize the pain she ended up causing everyone around her, the people she loved and cared for. I did like her don't get me wrong she is, such a wonderful mom, I just really wanted to see her give Christian a break so she could see that he had changed.

The descriptions and writing were amazing, A.L Jackson really brought every single character to life. I loved Lizzie goodness I wish she was mine. She sounded like the most perfect little girl in the world! The way the author described her made a picture instantly appear in my mind of Lizzie's face. Some authors really lack on descriptions but I thought A.L got it all down to the point! The story is just beautiful I am so glad I read it. I really wanted more with the ending I felt like it was a bit cut short for me but all in all I loved it 4 1/2 stars

DISCLOSURE –
*Disclosure of Material Connection: I am a member of Reading Addiction Blog Tours and a copy of this book was provided to me by the author. Although payment may have been received by Reading Addiction Blog Tours, no payment was received by me in exchange for this review. There was no obligation to write a positive review. All opinions expressed are entirely my own and may not necessarily agree with those of the author, publisher, publicist, or readers of this review. This disclosure is in accordance with the Federal Trade Commision’s 16 CFR, Part 255, Guides Concerning Use of Endorcements and Testimonials in Advertising*


Hey All! I’m A. L. Jackson, author of Pulled and Take This Regret. I just wanted to thank Insomnia of Books for allowing me to share with all of you today, and on such a cool topic, Why Book Covers are so Important.

So let’s be honest…how many of you have purchased a book based on the cover alone? I have!  Most of us are very visual creatures, our attention caught by the beautiful, the unique, and at times, the incredibly strange. We’re drawn to color and style, sharp lines, and bold words.

But what does that mean for covers?  They say you only have a few seconds to capture someone’s attention on the internet, and when 80% of books today are sold on Amazon and with the massive number of titles that are listed there, it’s now more important than ever for covers to catch a potential reader’s eye.

There are a few key elements every book cover should have. The first and foremost is it should be pleasing to the eye—something that makes someone browsing titles stop and think, Wow, that’s an amazing cover. This is the point where your cover has done its job in making someone take a closer look at the book itself. The cover should also tell the potential reader something about the story inside, the design consistent with the genre of the book, although it should be unique enough that it stands out from the crowd. It should also give the reader a hint at the amazing story they will find inside.

Covers are so important because it’s the first thing someone sees—the main thing that will tell a potential reader to move or to take a closer look.

So what is it about a cover that draws your attention? 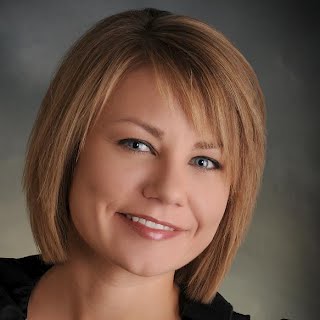 A.L Jackson first found a love for writing during her days as a young mother and college student. She filled the journals she carried with short stories and poems used as an emotional outlet for the difficulties and joys she found in day-to-day life.

Years later, she shared a short story she'd been working on with her two closest friends and, with their encouragement, this story became her first full length novel. A.L Jackson spends her days writing in Southern Arizona where she lives with her husband and three beautiful children. Her favorite pastime is spending time with the ones she loves.