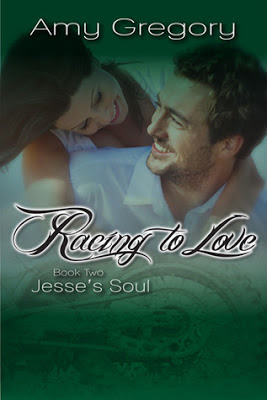 Jesse Frost lived the life most men would kill for. Fast bikes, fame, money, and looks. He hadn’t thought much about those things throughout his career. He was just an easy-going guy from Texas who always worked hard for everything he got in life. He’d been the shy guy in school, so when the prom queen found him years later, he thought he had finally made it. Her mirage, however, left him empty and certain there was no one that wanted him just for the man inside.
Emery Kincaid has a last name that is revered in their world. A woman in a man’s world and succeeding, Irish through and through, she has the temper and sass to boot and a reputation that precedes her. She has remained strong because she’s had no other choice. The pain she masks runs deep and hiding it is the only way she can survive.
Thrown together and forced to be in each other’s space day in and day out, sparks start to fly—from chemistry and the brakes she tries desperately to throw on. Without a doubt, Jesse thinks he’s found her, but the girl that stole his heart has a stubborn streak a country mile wide.
What Jesse doesn’t know could break his heart. Hiding her true feelings for him is the only way for Emery to protect him and in turn—herself. She barely made it out the first time. If she let Jesse in and he walked away…well, that’s a risk her heart can’t take

This was such a cute book I really enjoyed all the suspense and love that was in it. Especially the writing I thought It was so sweet and written from the heart. Jesse to me was the most perfect guy in the world I don't think anyone could compare to him, he was understanding thoughtful, sweet, a gentleman, and just about everything else. I really understood where Emery was coming from the hurt she had been through with Collin made her stop believing that anyone would want to be with her, and if they would she thought it was only because they felt sorry for her. But from the beginning I knew Jesse wasn't like that he wanted to protect her, love her and make her happy. Their love was like love at first sight and all they needed was to realize how much they meant to each other. And with the help from  Molly it came true if she wasn't there to give Emery that little push she needed, then this relationship wouldn't have been. I hope I am not spoiling the book for anyone with this information.

Now on to the other characters I really liked Emery's dad he was strict and put his foot down whenever he needed to. And the love of a father is the most important thing in the world. He was the dad/mom Emery was the only thing he cared about that and he truly wanted her to be happy.

Molly was such a sweetheart she was an important part of the book, she was a fantastic character. She did so much and she never once broke her promise to Emery. That's what I loved about her, she wouldn't lie either she just wouldn't give out to much information. Just enough to let Jesse know what he had to do.
Like I said before the story was just breathtaking it completely blew me away. It had a little bit of everything from steamy scenes to some tear jerker moments. You could feel all the emotion and love jumping out of the pages! I am so glad I read this book it was perfect.

How did you get into writing?
It was purely by accident or destiny, whichever way you chose to look at it. LOL. My husband was out of town for several nights and I never sleep well when he is away. I kept having this dream, and each night it would extend and become more vivid. After about the fourth night, I started writing it down-by long hand! After a couple of days I had over four hundred pages so I then turned to my laptop. Once I was done with it, I just couldn't bear to throw it in a drawer. And basically the rest is history.

Is there any other genre that you might try out in the future or ever thought about?
I will only ever write romance, I'm positive about that. However, I skate the lines as far as heat and sexual content go for contemporary romance. I just haven't made the final leap across it yet. I have a WIP half written that will have to go under a pen name. I can write sex scenes with complete ease but looking my friends and family in the face later on that day still stains my cheeks. Maybe after the kids are out of school I'll lose the rest of my inhibitions!

Which authors have inspired you the most?
That list is growing daily. I started reading romances back in the YA days, then in high-school moved to Danielle Steel. From there the obvious is Nora Roberts and Susan Mallery. However, Susan was the first one that I've made personal contact with over Facebook and Social Media. I have always loved her work. but her ability to stay in contact with those who support her is just amazing. I will be the first to say, that through this journey of mine, every day I meet someone who helps me. Maybe they don't even realize that a simple kind Tweet means so much, or their answer back in an email, or the blog hops. It's all the pieces to the puzzle. Authors that I've read over and over are now my friends through social media and that is huge when it comes to confidence. Knowing that it's not always as easy as things might appear, even for people who you would consider beyond successful. In the end, we all want to do two things, write great books and find the readers that will love them.

How did you come up with the "Racing to Love" series?
That is actually our son. Crazy I know. We've always loved watching the races on tv, but from the time he was months old, YES, I did say months! He would sit fascinated watching the pro motorcross races on TV. When he was two we started traveling to see the closest one to us in person. From there he was hooked. Well, when you eat, live, breath-gas, dirt, grease and bikes, a little is bound to rub off on mom. I truly love it! Motorcross is one of my favorite sports to watch, but now that we spend our time in the pits supporting our own racer it is much more meaningful. There is a sense of family and closeness that we've developed with other families at the tracks. It's dangerous sport and it takes a lot of guts to do it. I guess It's always on my mind, therefore it bled over into my dreams that night. That'd be where I say it's more destiny than accident! LOL

When you're about to start writing, do you have a place set up? Like for some tea in a cup, get out a couple pillows or something like that?
I write any moment I can, but the only real "routine" I have, is first thing in the morning I make a pot of coffee. I know, real shocker that an author likes coffee! What can I say! I also am very OCD about never leaving the house without my notebooks. They go everywhere with me. I have three with current works in progress, and one that I just jot down different ideas that come to me for future books or series. It could be just a sentence, or a lyric of a song. Anything that might seem so simple can be woven into a book.

Name a couple things that we might not know about you, current favorite song, favorite color, anything you want to share with us.
Well, I am a huge fan of writing obviously. But my husband and I are major Aaron Sorkin junkies. We have West Wing and Sports Night on DVD. Also love Studio 60, Newsroom and although it's not Aaron's we LOVE Gilmore Girls (we also own all that series too, heehee). The writing in all of those shows is so quick-witted, it's addicting. Especially to a girl who is a total smart#%$ like me! So we, *hides head* will sit and run marathons of those shows, it's way more relaxing to me than going to the movies. I love it! 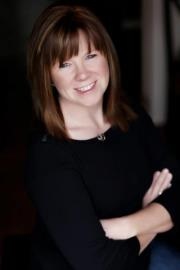 Amy Gregory leads an incredibly active lifestyle in Kansas City with her husband and their three fantastic kids who keep them running in three very different directions.  When she’s not rushing her oldest daughter to tumbling, her youngest daughter to music lessons, or sitting track-side watching her son practice motocross, she’s taking the few minutes in between to scribble the next pages in her Racing to Love series.
When asked, “When do you have time to write?” Amy Gregory giggles.  “In bits and pieces,” she says.
Amy is known for her snarky, off the cuff sense of humor, which you’ll find shining through in the characters she’s created.  Her debut novel, Racing to Love, Carter’s Treasure, is set for release June 7, 2012.
I’ve spent my whole life trying to figure out what I want to be when I grow up, and now I’ve finally found it. – Amy Gregory